I MAY BE OVERTHINKING THIS, BUT… 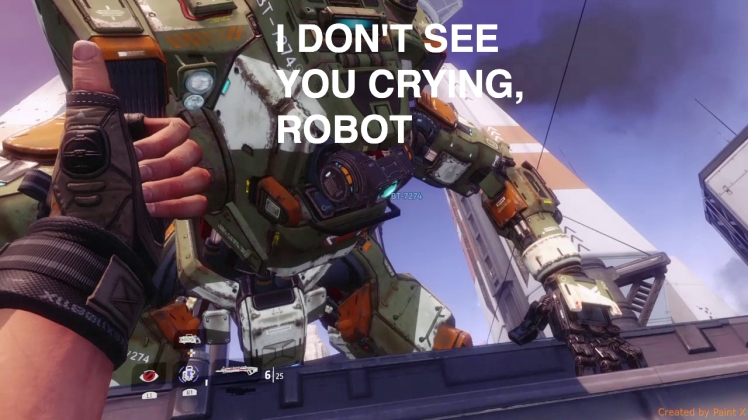 Depending on whether you’re a human or not, the past 18 months has been a reality-defying trudge through exponentially growing anxiety. It feels like a dense fog obstructs any view of the distant future. This has put a stopper in any of my games writing productivity. I’ll log in to my blog, half compose an article about a game I’m puttering through with whimsical and fanciful overtones only to shelf it because I can’t justify writing about video games when there’s so much injustice occurring on an hourly basis. How do you get your head right when something like the Portland white nationalist terrorist attack occurs?

We’re in a dangerous point in the history of our nation. A concerted effort is being made to push this “us vs. them,” “red/blue,” “liberal/conservative” narrative and it’s spiraling out of control. Look at the language being spewed out of conservative politicians, filtered through the microphone of Fox News. “Liberal” is now a derogatory term in their eyes. There are literally people defending the white nationalist and claiming he was a violent liberal who supported Bernie Sanders. I get it, I wouldn’t want to claim the guy who murdered two men for standing up to protect a fellow citizen, either. It’s despicable and disgusting and it makes you want nothing more than to hate and retaliate. The biggest battle at hand is the battle for the soul of humanity.

So why am I using this tragedy to write about video games? Because for the first time in a long time I found hope for the future. Something I had forgotten because it feels like I haven’t witnessed it in a lifetime. And it came from one of the most unlikely places — futuristic military/robot shooter Titanfall 2. Bear with me while I give a little context.

The founders of Respawn Entertainment (the makers of Titanfall 2), were responsible for probably the most successful game series of all time, Call of Duty. Even non-gamers know that one. And while the story of how Vince Zampella and Jason West were forced out of their jobs at Infinity Ward (one of the makers of Call of Duty) is a fascinating read unto itself, actual games journalists have covered that far better than I could. What dawned upon me while playing Titanfall 2 was how a seemingly straightforward game about fancy wall jumping, shooting big guns and piloting a mech called a Titan could restore my hope in the future of humanity. It all has to do with collaboration.

I could go into the mechanics, look and feel of the game, all of which are excellent, but the standout in the testosterone-filled futuristic shooter is the very human relationship between the main character, Cooper and his Titan/Robot counterpart BT-7274 (BT for short).

I booted up the game for the first time in months. Most of my games have spent time collecting dust since November. Mainly because my daily life consists of five-minute combo bursts of refreshing Twitter, wishing Chapo Trap House was a daily podcast and dreaming up scenarios in which we get a hard reset to American reality. That’s not hyperbole, that’s what I do now. So I thought it good to shoot some video game guns and unleash some aggression. What I didn’t expect was to be fighting back tears as I watched the touching camaraderie between man and machine grow into a believable and engaging friendship.

I won’t go into the full details of the story, because you should play Titanfall 2 if you’re a gamer. But there’s a very iconic scene in the game where the Titan pilot, Cooper, has to split paths from BT to retrieve an item that’ll save the day (or something like that). You traverse a sickeningly tall satellite (with all the glory of vertigo guiding your way) to install a battery in order restore power and send a distress signal. As you reach your objective and install the battery, BT raises Cooper via radio and informs him that the dish will automatically reorient itself once he restores power. It’s too late to react, and you’re sent tumbling hundreds of feet toward certain death below as the satellite adjusts to the proper angle to beam a message. Just before Cooper is about to become a Jackson Pollack painting, BT catches him and delivers the most bromancey “Got you” in gaming. It’s gaming’s equivalent of when Keanu unloads his clip in the air instead of into buddy-bro Patrick Swayze in Point Break. Pure dude love.

To drive the emotional stake deeper, Cooper gives BT a thumb’s up as thanks for saving his life. And in a scene that would be right at home in a Pixar movie, BT observes this human gesture, looks down at his own robotic hand and then very deliberately closes his metal pinky, middle and index finger to form a thumbs up. BT quizzically observes his hand in this foreign configuration. You can imply by his body language that he’s computing the significance of a thumb’s up. The moment he comprehends this gesture of friendship is the pinnacle of BT’s relationship with Cooper. (full clip)

(STORY SPOILER ALERT) From that point on, in typical storytelling fashion, after you spend the entire game cultivating this deep bond with BT, the Titan sacrifices himself to save the life of Cooper. And you actually feel for his loss.

It wasn’t the story or the bond that caused a lump to get a boner in my throat, that was the window dressing for what was really happening inside my brain. It was when I thought about the team making the game that I felt a rush of inspiration to write this piece.

The collaborative effort and emotional toll of making video games is one that seldom makes headlines. Kotaku’s Jason Schreier did a fantastic writeup on what’s known as Crunch. If you want to read about some major labor law abuses in the interest of hitting fiscal deadlines for major corporations, this is a good one to get your blood boiling. While there aren’t any widely documented cases of this happening at Respawn, the team still made the choice to push themselves and the narrative art of shooting games to another level. They could have very easily taken the story-by-numbers route so many similar games do, but instead the real humans making the game lost sleep, jeopardized friendships, sacrificed sanity and prioritized their work over their personal lives to create something meaningful. And it paid off.

In grappling with justifying my passion to play and write about games, I thought of the group of writers who crafted Titanfall 2’s relationship between BT and Cooper. As writers they tapped into their own life experiences to create a realistic bond between the characters. They cared enough about their art to reward the player for investing their money and time into their game. When you unpack all the elements that go into making a game of Titanfall 2’s magnitude, the game’s level design, artwork, texturing, AI, controls, menus, color scheme, art direction, sound design and music you begin to piece together the image of a community of people who care about their work and making an impact, however small, on an anonymous player’s life.

I know there are far more poignant examples of games that handle storytelling better, or that have more dynamic character relationships, but Titanfall 2 inspired me to continue to write for my little passion project. I think now more than ever it’s important to show our humanity and appreciate the things that bring us joy, and throughout my life, video games have been that one constant.

When I read news about a completely preventable atrocity like the Portland coward it’s easy to convince myself the world is sliding into irreversible darkness. That’s why I wanted to take the time to remind myself that there’s still hope. That the world doesn’t care about my stupid little gaming blog, only I do, and no one can take that away from me.

Games are art, and art frees us from ourselves to see the world through another lens. By allowing myself the two hours to plop down in front of my tv, slap on a pair of headphones and disappear into another world I tapped into why it’s so important not to give up hope. I plan to allow games to challenge my conventions for many years to come. And even something that seemingly insignificant can inspire hope in these fucked up times.

Hey, point that thing someplace else: